The speaker David Woolcock was part of the previous event. To review the most recent speakers list, click here.
View All Speakers 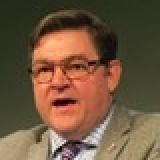 Chair of the Committee for Professionalism
ACI

David Woolcock is an independent consultant and Director, Business Consulting at Eurobase. In addition, David is Chair of the Committee for Professionalism at ACI – The Financial Markets Association as well as Vice-Chairing the ACI FX Committee. He is also a member of the Market Practitioners Group for the Bank of International Settlement's FXWG that is writing the Global Code for the FX. After working for a number of banks between 1977 and 2003, specialising in e-FX from 1998, David did a decade at FXall leaving on completion of the sale to Thomson Reuters to take up his current consultancy positions.

Check out the incredible speaker line-up to see who will be joining David.