The speaker Michael Melvin was part of the previous event. To review the most recent speakers list, click here.
View All Speakers 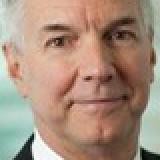 Michael joined the Rady School in 2016 to teach and coordinate the new Master of Finance program. Prior to his return to academia, he spent many years at BlackRock and Barclays Global Investors (BGI). At BlackRock and BGI, he led research-oriented currency and fixed income investment teams. Most recently he was a Managing Director in the Multi-Asset Strategies Executive Group where he was Senior Research Advisor, working with investment teams around the globe. Prior to that he was Head of Fixed Income and Currency Research in a global macro hedge fund. He joined BGI as Head of Currency Research and was in charge of currency hedge funds. Until joining UCSD, he also taught a class on modeling currency markets in the Master of Financial Engineering program at U.C. Berkeley. Prior to joining BGI in 2005, he was Professor of Economics and Dean's Council Distinguished Scholar at Arizona State University. He was a Fulbright Scholar in Germany and a visiting scholar at the Federal Reserve Board, the Bank for International Settlements, and the International Monetary Fund. He has been a visiting professor at the Kellogg School, Northwestern University; Anderson School, UCLA; University of Frankfurt; and University of Munich. Michael will be chairing both main days of the conference, 12th and 13th September.

Check out the incredible speaker line-up to see who will be joining Michael.