The speaker Rohan Churm was part of the previous event. To review the most recent speakers list, click here.
View All Speakers 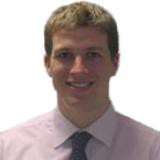 Rohan is the Head of Foreign Exchange Division at the Bank of England. The division is responsible for leading the Bank’s foreign currency operations, and using its presence, expertise and influence in financial markets to inform and shape the Bank’s policy decisions and priorities. Those foreign currency operations include managing the UK’s official foreign currency reserves on behalf of the UK Government, managing the Bank of England’s smaller pool of foreign currency reserves, and carrying out foreign currency transactions for customers including government departments. Rohan is a member of the London Foreign Exchange Joint Standing Committee (FXJSC). Rohan was previously head of Stress Testing Strategy Division from 2014-17 and was responsible for the delivery of stress tests and development of the stress testing framework. He joined the Bank of England in 2001 as an economist. Rohan will be contributing to the session ‘In Conversation With The Regulators And Central Banks: How has the European FX market responded and performed in the wake of MiFID II and an updated Global Code of Conduct, and is MiFID III on the horizon?’ on the 11th September.

Check out the incredible speaker line-up to see who will be joining Rohan.