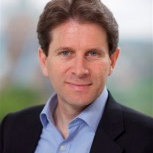 Stephane has been active with the ACI since 2005, participating in ACI world congresses, meeting with global regulators and local ACI events in Europe. In October 2010 Stephane was nominated chair of the ACI FX committee. The FX committee is focussed on and comprised of FX Experts who support both the ACI Executive Board and Regional ACI’s and ensure that the views of the professional FX community are heard at the highest levels, in co-operation with other associations that have an FX. In 2015 Stephane worked with the ACI board to launch the ACI Fixed Income committee. Similar to the mission of the ACI FX Committee, the new Fixed Income committee look at changes in market structure in fixed income products (government and corporate bonds, fixed income derivative products), changes in regulation impacting the fixed income industry (UK FEMR review, MIFID II, …) and represent ACI in Fixed Income industry events.

Check out the incredible speaker line-up to see who will be joining Stephane.

10:40 AM REGULATORY FIRESIDE CHAT - Future FX outlook: What impact has the global code had to date and what will the revision process look like post COVID-19?